Phub Dorji, most commonly known as Chabchu from Tanabji village loves to interact with people, entertain and help them. He is mostly seen in Dagana town begging from people, spending little amount in buying goods and rest giving to the bank. It was his usual routine. One may wonder, why he visits the bank as soon as he receives money, so did our staffs in Dagana Dzongkhag. Upon inquiring with the bank staffs, it was known that they had helped him open an account in his name and everyday he would come with some amount of money to deposit in his account. Sometimes it would be Nu.5, sometimes Nu.500; he is not able to identity all the numbers however he is starting to learn by its colour. Upon asking what he wants to do with the money saved, he would say “Nga dozer noni” (I want to buy an excavator). He dreams to drive an excavator and help clear roads in future. He is diagnosed with minor autism.

He had earlier joined as monk in the monastic body of Dagana however due to his lack of remembrance and behavior, he came back home. His parents are usually busy with their works , having had to earn for their livelihood thus do not spend much time with their son. Therefore, Chabchu finds company with other people in town, entertaining them through singing. He is loved by everyone in the community. He neither steals, drinks alcohol nor is the victim of drugs. He would always believe in the spirituality and would abide by moral duties. Sometimes, he would struggle to get a meal in a day thus would often loiter around schools during lunch breaks.

Our staffs of Dagana Dzongkhag had initially met him during one of the home visits in 2019 and ever since they have been accompanying him in gatherings and training programs. He would help arrange during programs, interact with people and travel amongst others. It was also mesmerizing to see that the bus driver did not charge him any and would always willingly pick him up on the way as he stood by the roadside. Love was there for him!

He is now 24 years old, full of capabilities if given the opportunities who has a strong will to live independently with dignity. As he and his family always wished for, Phub Dorji is finally transited to East Draktsho Vocational Training Institute for vocational training with the help of staffs from Trashigang and ABS headquarter. The admission and other necessary documentation have been filled in and processed. 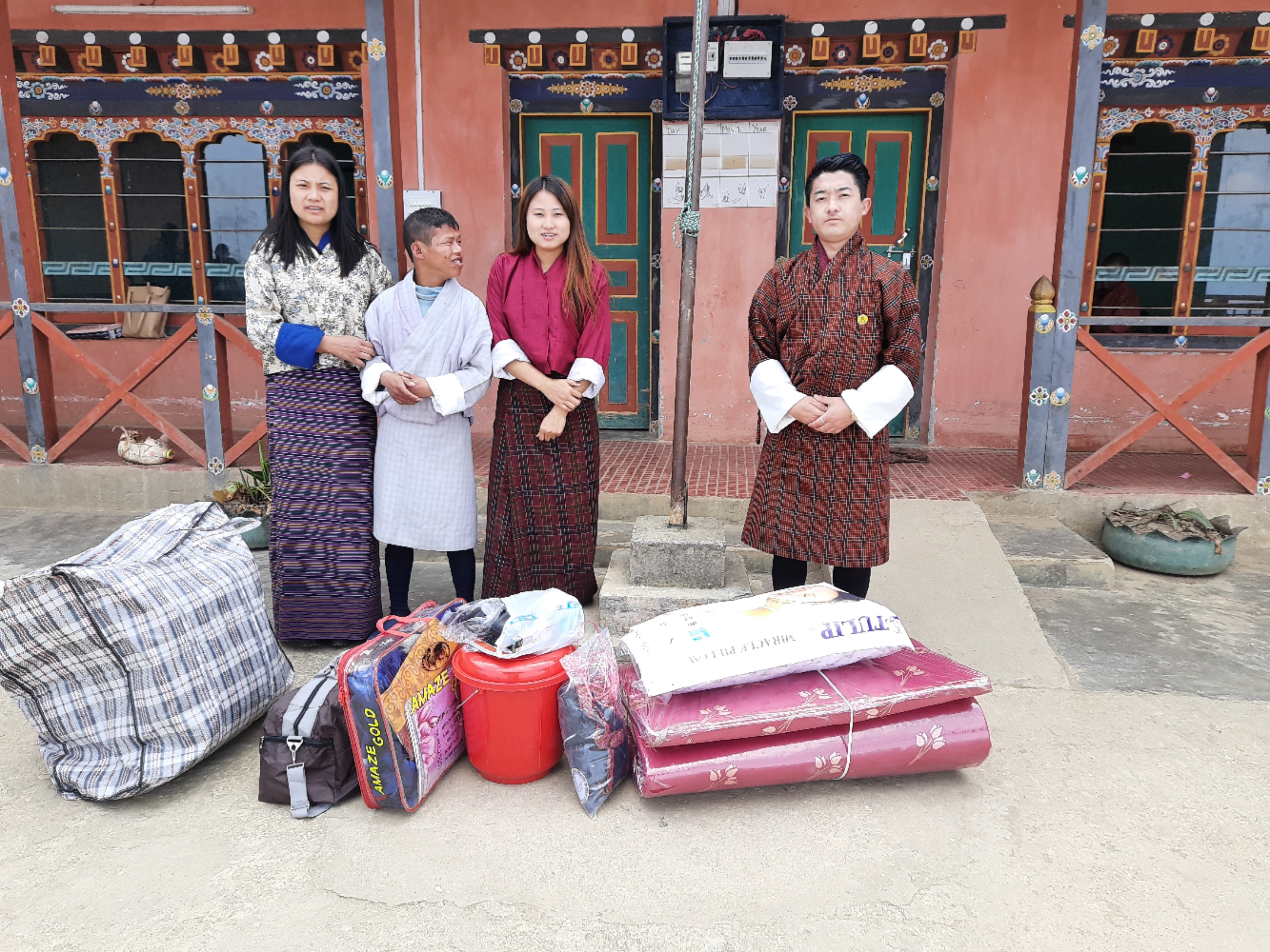 A huge thumbs up to Dagana CBID team for making a huge effort to help make a difference in his life and always being by his side till this date. Ability Bhutan Society family would like to thank all the donors for helping Phub Dorji buy basic requirements as well as Trashigang CBID team, Draktsho East and others who joined together in this journey.

A total of Nu. 13,838/-  has been collected from Daga Throm Football Club, Dzongkhag staffs and ABS head office.