Observance of World Down Syndrome Day

The United Nations General Assembly decided with effect from 2012 to observe World Down Syndrome Day on 21st March each year in order to raise public awareness on Down Syndrome. Down Syndrome (or Trisomy 21) is a naturally occurring chromosomal arrangement that has always been a part of the human condition, being universally present across racial, gender or social economic lines, and affecting approximately 1 in 800 live births, although there is considerable variation worldwide. Down Syndrome usually causes varying degree of intellectual and physical disability and associated medical issues. The theme for this year is “What I bring to my Community.”All people with Down syndrome must have opportunities to contribute to the community and live valued lives, included on a full and equal basis with others, in all aspects of society. People with Down syndrome can and do bring so much to the community, wherever they live around the world when given the opportunity, but many are prevented from making meaningful contributions. 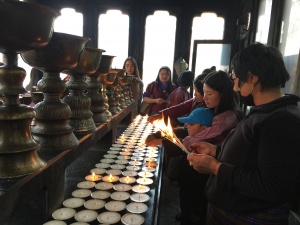 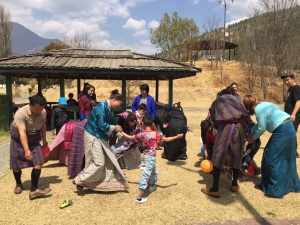 ABS Observed the World Down Syndrome Day on 21st March by offering 1000 butter lamps at National Memorial Chorten by the children and families. Offering Butter Lamps is the most powerful offering because their light symbolizes wisdom. Offering Butter Lamps not only dispel darkness but also creates harmony, and generates merit while promoting success, prosperity, longevity, and world peace, as well as helping to avert obstacles. We pray for welling of all children and families across the globe. Later, ABS family enjoyed at Coronation Park where interesting recreational activities were held.

ABS also joined “Lots of Socks” campaign. It is a Down Syndrome International campaign to create conversation and bring awareness of Down syndrome on 21 March, World Down Syndrome Day, and each year. The idea behind the Lots of Socks initiative is that all types, shapes, sizes of the same thing can be unique in their own way, and yet do the same thing. Children understand what socks are, how they look and what they are for, and children understand that no two socks are the same. Lots of Socks is a campaign to create conversation about diversity, uniqueness, inclusion and acceptance.